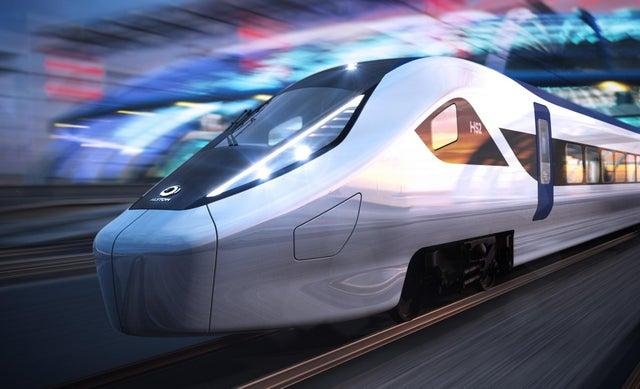 by By David Walsh

More than 100 business leaders from across the North and Midlands have written to Prime Minister Boris Johnson urging him to commit to building HS2 in full.

They fear that despite the PM promising the full delivery of HS2 last February, there have recently been rumours that the Eastern Leg will be scrapped.

They say it would leave his flagship levelling up ambition in tatters.

The letter states it would be a ‘massive missed opportunity to create hundreds of thousands of jobs, attract major investment and stimulate huge economic growth to create a more balanced, fairer economy’.

usiness leaders spoke out after the National Infrastructure Commission published the ‘Rail Needs Assessment’ which said the focus of investment should be on linking cities in the North and Midlands first.

It was fed into the Integrated Rail Plan, which set to be published this month.

The government has said it will outline how projects, including HS2 and Northern Powerhouse Rail, can work together to deliver ‘reliable train services that passengers need and deserve, as quickly as possible.’

Read the Full article – The Star